I love coffee, LOVE coffee. Unfortunately, it’s not very nice to my body. Instead of being all depressed about it, last year I started to experiment with making my own coffee replacement. I’ve tried lots of faux coffees. Some of them are delicious, some are not. Many of them use chicory root which is quite tasty. Unfortunately, while I’m following a GAPs/paleo diet it’s not “legal.” It’s the FOMAP issue, my poor gut is too delicate for those fermentable carbs. Other coffee replacements are too “herby” or just too light in general. They are fine as proper teas and I’ll drink them but they don’t work as a coffee replacement. I want my faux coffee to be earthy, dark, slightly bitter, with good body. It also has to mix well with coconut milk because I always had my coffee with some sort of non-dairy milk.

It took months, and I actually put the idea on the back burner for quite awhile until one day my little gray cells had an epiphany! A friend makes a delicious tea as a coffee replacement. I drank it before I got my SIBO diagnosis. However, it too included roasted chicory. “But” I wondered, “is there a way to live without the chicory and create a similar darker flavor without tasting like dirt.” There was, the secret was cinnamon, and a teeny bit of vanilla. 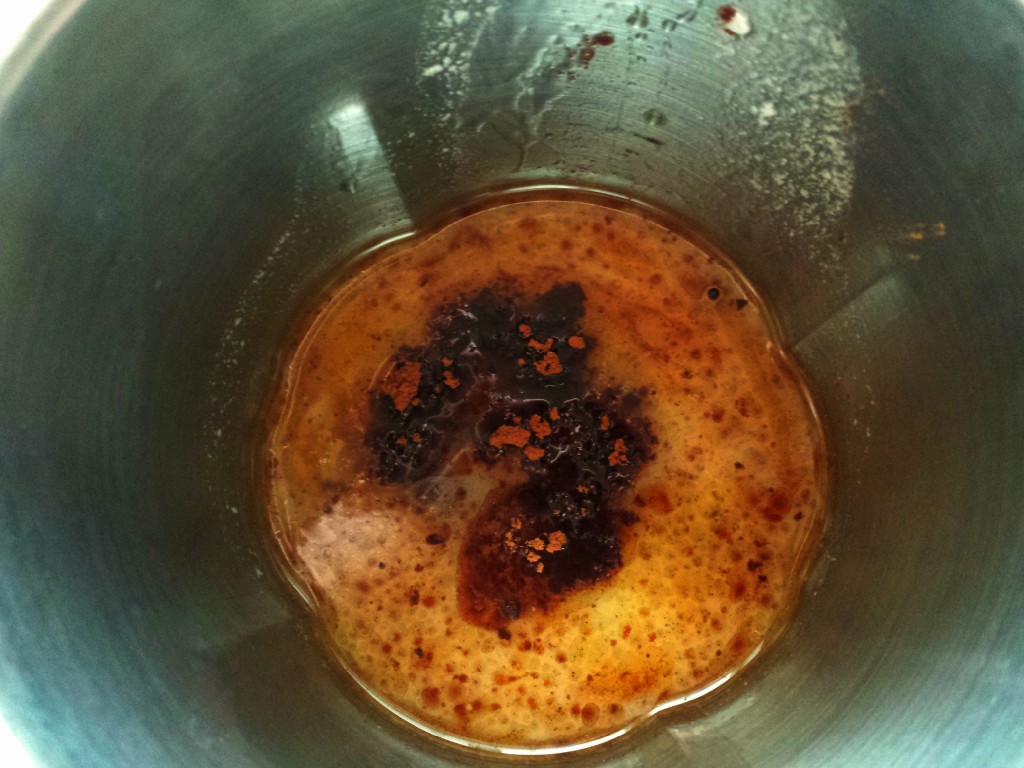 Tea in the immersion blender cup, getting ready to be awesome.

Now, this is not coffee, it’s only a sort of replacement. But as someone who has missed the dark gritty, almost campfire-like, taste of a dark roast, I’m willing to compromise. 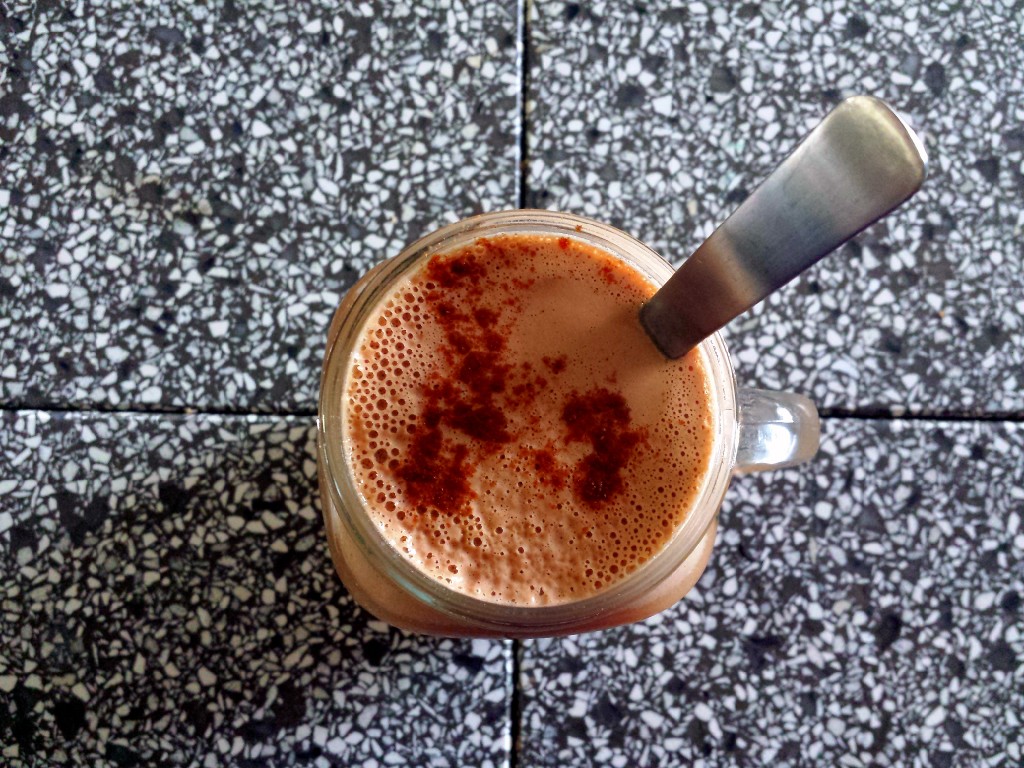 Print
Oh So Tasty Not-Coffee Substitute
Author: Missy
Recipe type: Drinks
Prep time:  5 mins
Cook time:  20 mins
Total time:  25 mins
Serves: 4
Ingredients
Instructions
Notes
It's perfectly fine to combine some of the steps for making the tea. I typed out the extra steps for those of us who make mistakes the first time we follow a recipe and measure out too much of anything. Feel free to toss the dry ingredients right on into the water before it's warm. Just remember to turn it down and cover it while it simmers!

This recipe is based on creating a drink with the tea and coconut milk that is about 12 ounces. As such there should be enough tea made for approximately four servings. How much you end up with depends on how much your tea steams(or how much steam escapes from under the lid) while it is simmering. Add more water if you don't think there is enough, or if you want your tea less strong.
3.2.2885